As a photographer with 3 young girls you’d think I’d have LOADS of pictures of them right? – Wrong lol ! My children always seem to get the sillies when I try to photograph them & mutter statements like “owh not again mummy … you photographed us LAST year, why do you want more?”.  If only they realised how so utterly precious these photographs are for me.

Each year I compare the images taken the previous year & suddenly realise how huge in-fact those seemingly almost unnoticeable little subtle changes that occur every day suddenly are. In a blink of an eye my little girls are growing up way too fast! but these photos will give me my beautiful permanent memories I can always cherish.

I have a wonderful friend who is also Godmother to my children & luckily also a photographer :-D. Every year near my birthday Lisa gets me to pop over to her studio where I attempt my annual mini photo shot of my own children.  Being in someone else’s studio seems to have a slight calming influence needed :-). My aim – just to get a small handful of images to add to my treasured memories of my children as they grow.

I’ll keep this post short but here are a few of my favourites. 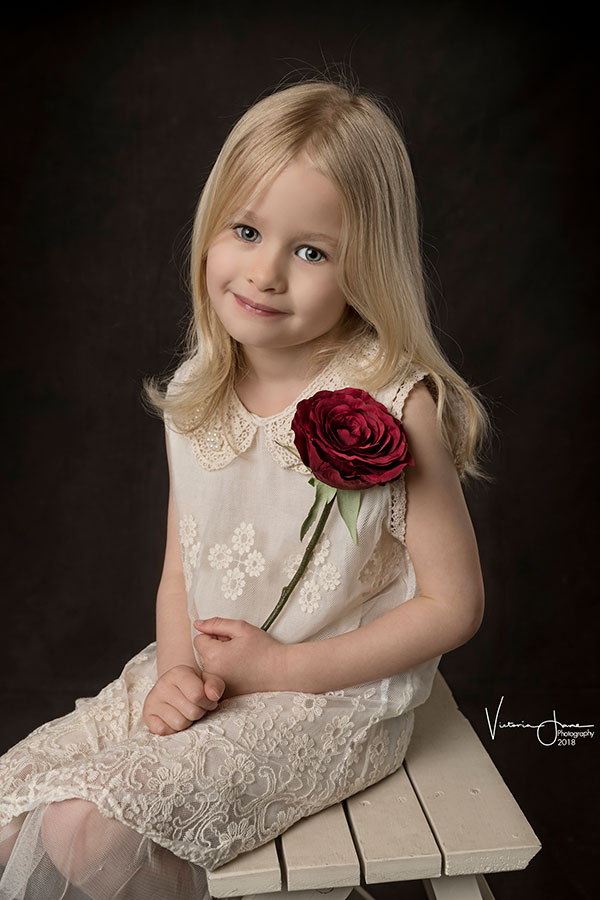 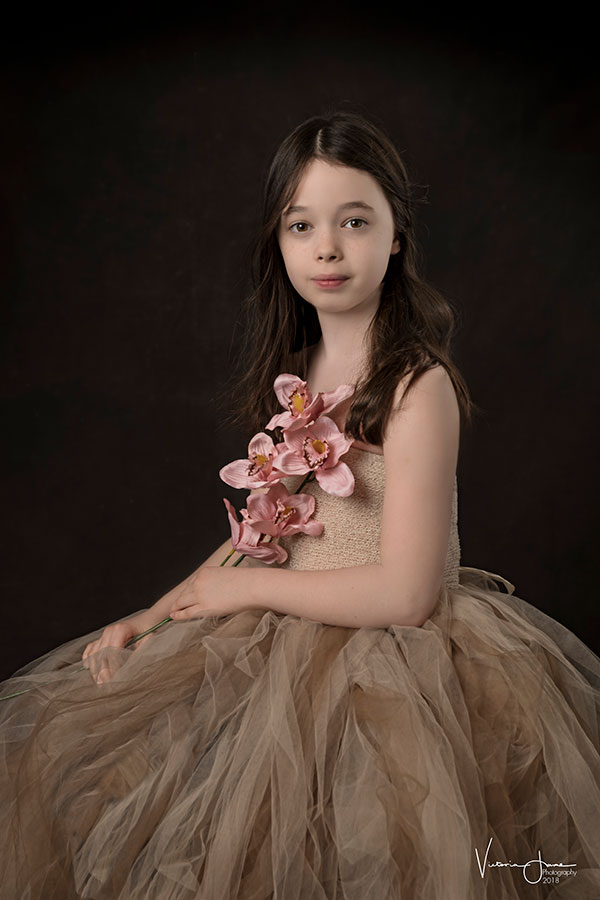 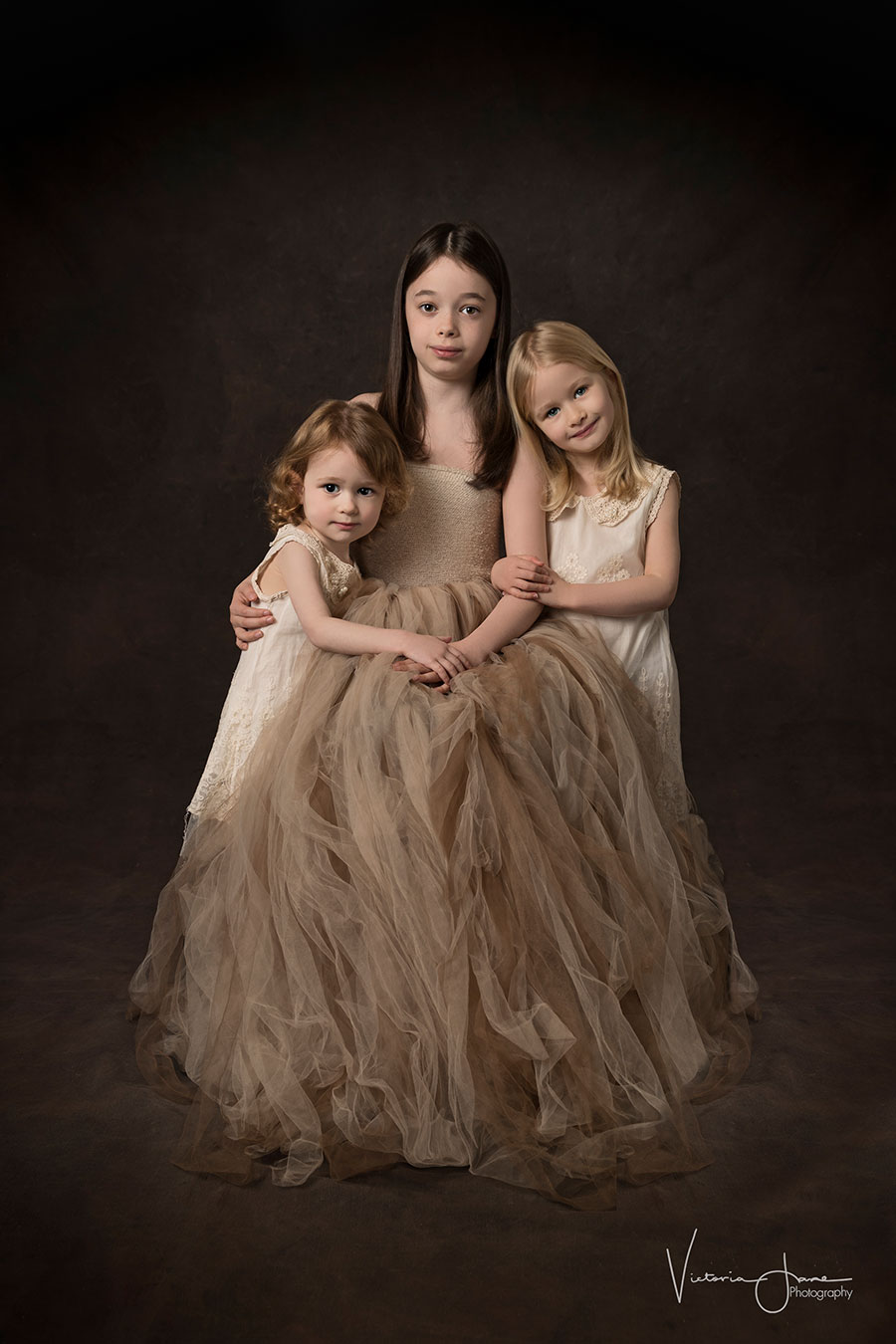 Over the last year as well as continuing with my Wedding and Corporate photography Stuart & I have added a new little addition to our clan.

Our beautiful daughter Livy was born last Feb & of course I’ve taken every opportunity to take photos of her to reminisce over (or to embarrass her no doubt 🙂 ) when she is older. Livy, since the day she was born, has been the happiest smiliest baby one could wish for … long may it continue.

Here are a few of my favourite pictures of Livy and the reason why my poor old blog has been neglected for the last year!😊

Welcome to the world ! Please meet the adorable and very well behaved Jude who was just 7 day new when he came for his newborn photo shoot 🙂

A few months back I was contacted a lovely bride called Laura.  I had photographed her wedding a about 3 years ago. Laura asked if she and her work colleagues would be able to buy a voucher as a pressie for Becci. They wanted to get her a voucher that would cover a newborn photo shoot and some products for Rob and Becci afterwards… what a wonderful gift.

As you can’t really book a specific date in to the diary as babies tend to make their appearances into the world when they’re ready I asked Rob to let me know as soon as their little one arrived. Rob called me as soon as Jude made his appearance in to the world and we booked him in for his first photo shoot 🙂

At this point I would also like to say a massive thank you to my friend and fellow photographer Lisa Scott who helped me out massively, as Stuart & I are expecting our next little one in about 5 weeks ! even just bending down has become a major task lol.

Below is just a small selection of images of the very cute Jude. If you know Becci & Rob and would like to see the full photo shoot please contact them for the password which, will allow you to access the full gallery on my main site.

The day of Jane & Stuart’s wedding arrived & with a glorious sunny day ahead we made our way to meet Jane at Bosworth hall. We had been asked to photography Jane & Stuart’s wedding right from early morning up until the evening celebrations.  After their pre wedding meeting a few weeks earlier it became clear that not only would Jane be the star of the day but their beautiful daughter Jorga would be too :).  Jane & Stuart have a large family & group of friends & a good number of which we’re children.  Jane & Stuart were very keen for the children to be captured naturally, enjoying themselves, as much as possible through out the day. With a large venue, big grounds & lots of children it made it essential that there were two photographers.  Jane & Stuart knew that I often have an assistant photographer with me & knowing also that my little girl Jessica was about the same age as Jorga, were confident that I would be up to the task in hand.  With this in mind we made our way to the bridal suite to meet Jane & the 6 young bridesmaids – Chaos I hear you say? – we’ll to our surprise – exactly the opposite :).  Jane was a very calm, organised bride & not only did she have time to get ready herself but with a little help from family, helped with the 6 bridesmaids & still had time to pose for photos !!

Jane & Stuart’s wedding was a wonderful wedding from start to finish.  Family & friends thoroughly enjoyed themselves (as did I 🙂 ), there was lots of smiles from the children who behaved themselves all day & we had a fantastic time being part of their special day.

Here is just a small selection of photos from Jane & Stuarts Wedding at Bosworth Hall.

Over Christmas I had the opportunity to photograph a lovely family at their home in Kenilworth.

After much bribery with biscuits & children’s tv (thank goodness for Justin’s House) we finally managed to get all the kids- big & little 🙂 !! to sit for a group shot & with two wonderfully active children that’s no mean feet !

Today was a great chance to play with my new contemporary wall paper backdrop & wooden flooring as well as my all white backdrop.

Here are a few shots from their home photo shoot.

The rest of Steph’s photos will be available to view on my password protected gallery available at http://www.victoriajanephotography.co.uk.

Any one who knows me will know that I’m very much a “people person”, so how cool’s my job ? … particularly when I get to photograph a fun loving family such as Leigh & her family.

Here is just a sneaky peak at a few of the photos taken that evening.

If you want a family photo shoot in and around Warwickshire, or if you have any kind of family celebration coming up, please don’t hesitate to contact me. My number is 07739096632.

After a fantastic Summer, Autumn & Christmas of photography I thought I’d start to catch up & update my poor neglected blog 🙂

I had the pleasure of photographing some wonderful Weddings right through until two days before the New Year. In between my weddings I’ve had the opportunity to photograph a number of families as well as being back at the Birmingham Hilton Metropole with their 2011 Christmas & New Year events & ball.

Below are a couple of my favourite shots taken whilst Jessica played in a wheat field over in the Cotswolds.

It’s 10:30 pm and we’ve just got home and unpacked the car after doing our bit for the fantastic Macmillan Coffee morning. We were doing a children/family photoshoot in Ikea, Coventry city centre and were there for 11 hours.

We had a great time and we believe that the children and their parents did too.

We set up our backdrop and studio lights, brought out the bubbles, soft toys, jingly-jangly jester, coloured balls etc. We then took a series of photos for each ‘customer’ and shot tethered to our Mac and Instant photo printer. We were offering one 8×6 print for £5 and 3 prints for £12. Nearly everyone opted for the £12 offer.

How much money did we raise?

We took loads of photos and met some lovely people. We gave our time free of charge and after removing the cost of the media (the cost of the photo paper and dye sub film for our printer) we made a profit of £220 from the print sales and we will be donating this directly to Macmillan Cancer Support ….. a really pleasing result considering we sold prints at an average of around only £4 each!

We were on the radio – Fame at last!
Thanks to Brody Swain who presents the breakfast show on Coventry’s Touch FM local radio station (96.2 FM). He came along to support, spent a good hour with us, had a couple of photos taken and interviewed me and Sarah Harrison of Macmillan for broadcasting on air. He also helped to promote our Macmillan Photoshoot on the radio and via Twitter.

Here’s a slightly doctored snap shot of Brody, Sarah Harrison from Macmillan (on the right as you see it) and myself …

We also believe that we got a mention by John Dalziel on Mercia FM – Thanks John, much appreciated!

Bonus Prize Draw – £300 Family Photo Shoot
We decided to spice things up a little and got everyone who had photos done to enter their names into a prize draw to win a fantastic half day family Autumn photo shoot with Vicky worth, wait for it ….. nearly £300!!

We did the draw tonight and the lucky winner is …….. Mrs Dawson of Coventry!

A Massive Thanks to everyone who took part, Congratulations Mrs Dawson and we’ll be contacting you tomorrow!