We had the pleasure of being asked to do the wedding photography at the wedding of Carrie and Chris at the Charlecote Pheasant hotel in Warwickshire…… and what a great day it was!

Both Carrie and Chris were up for devoting some time to the photography whilst still giving plenty of attention to their guests. They wanted a mixture of quite a few traditional group shots and some more individual photos of just the two of them and with their lovely daughter. I think we got the balance just right. I know that by the evening Chris was wondering how the day had gone so quickly! Well, it does when you are enjoying yourself …. and I know that both bride and groom did just that! Here’s just a taster of the images from the day ………

The Venue – Charlecote Pheasant hotel near to Stratford upon Avon in Warwickshire ….. complete with blue sky!

A bit of a warm-up in the morning for the main guys! At least it was better than being chased by wasps, hey Chris?

The rings, safely tucked away …. at least until I got hold of them …

Apart from Carrie, the main young lady of the day …….. 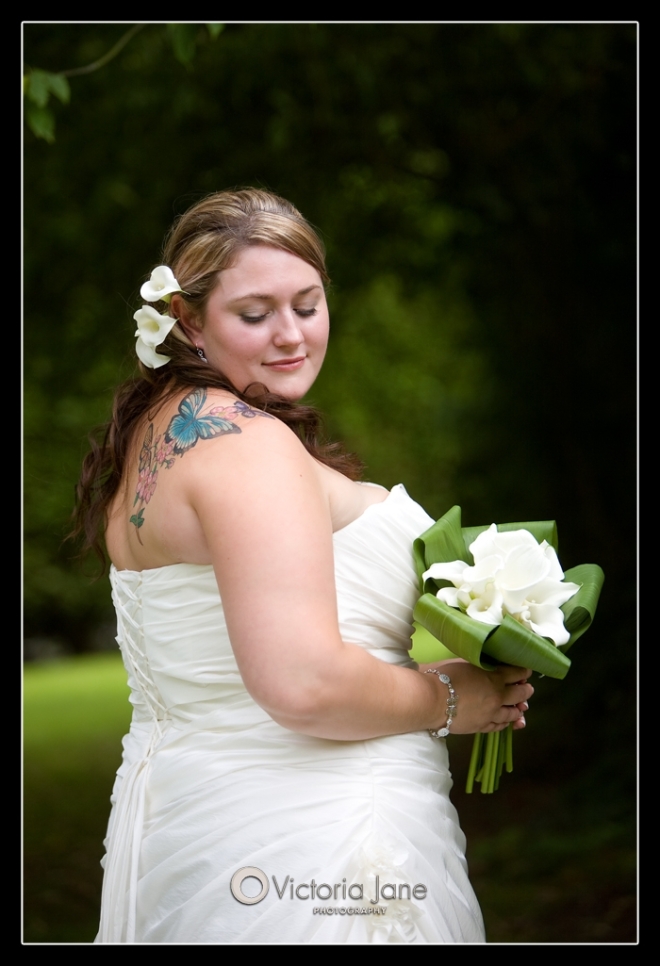 The ceremony – view from the back of the room …… the kiss and they are just married (Congratulations!)… 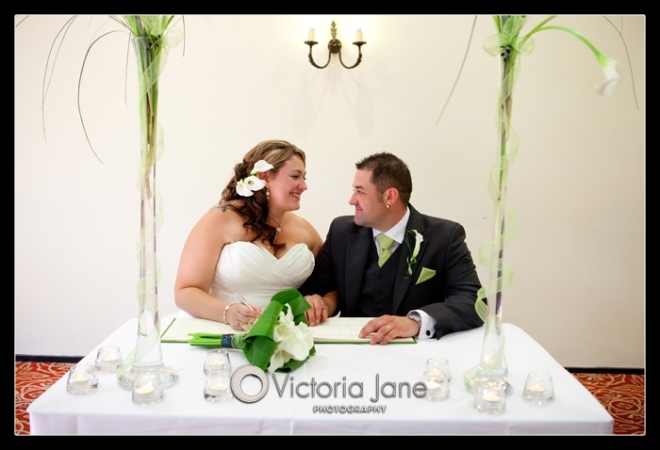 A great time for the Children …….

Just married and time for the confetti …..

Some ‘quiet time’ for Carrie and Chris after the group shots …..

And even a bit of time for relaxing in the baths! …. Yes: TWO baths! …. careful with that beer Chris! 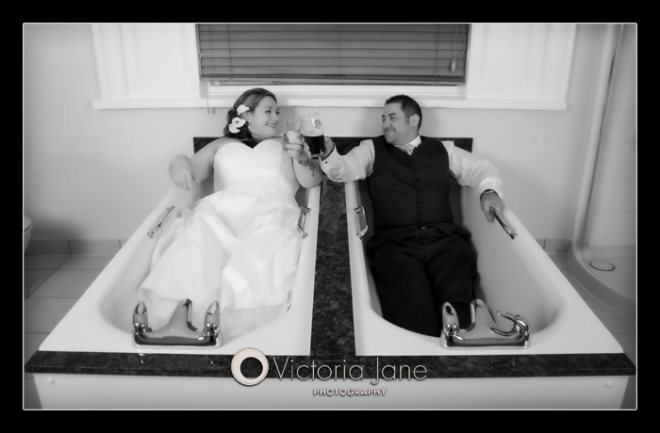 And some ‘family time’ together for Carrie, Chris and their Daughter …. I love this photo and I hope they will too! 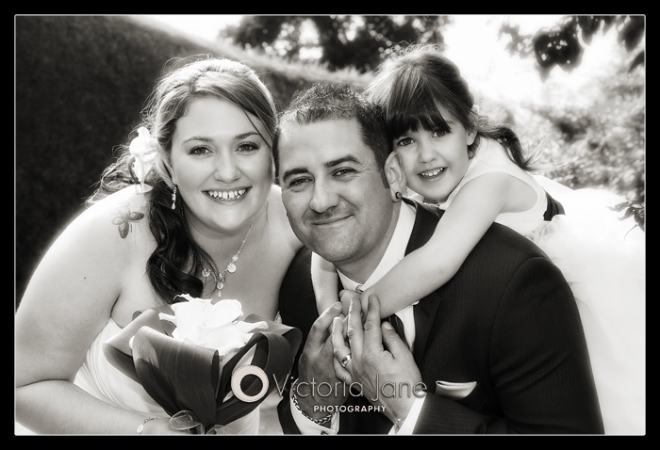 Isn’t it funny how a gate always make you wonder what’s actually beyond!

Little bridge over the gentle river along-side the boundary for the Charlecote Deer Park ….

Evening time, the youngsters were beginning to flag a little!

Like many older buildings the hotel took on a different look at night time. Meanwhile the party got under way inside. 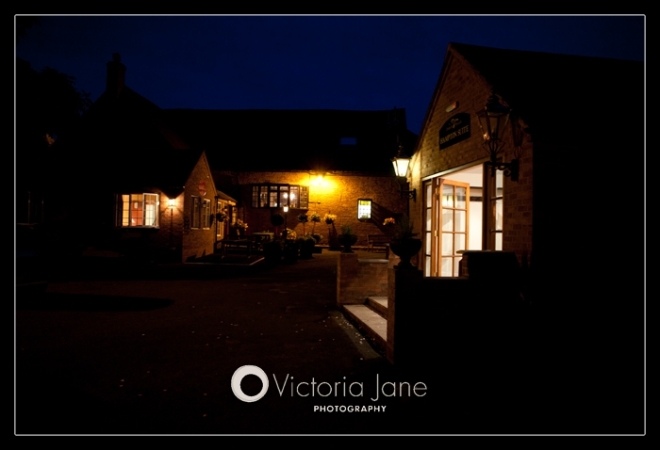 So that’s it for now! We had a great day and we know that Carrie and Chris did too!  I hope you’ve enjoyed looking at the photos we’ve put on this blog. These, of course, are not the only ones. In-fact, we took hundreds of photos during the day and we are still working on them. We’re sure that Carrie and Chris will love them when they see the full selection but it will take us a week or two since we’ve done several other weddings for other couples during August.

If you were at the wedding and you’d like to see more images I’ll be adding all of the edited images (many more) to the password-protected area of my main website. This probably won’t happen until next week (beginning Mon 13th Sept if all goes to plan). You will need to speak to Carrie or Chris to get the password. Prints can be bought from there if you wish.

Meanwhile, Please leave a comment to say what you think so far by clicking the link (in green) below …..

I’ve had to neglect uploading images to this blog in recent days because I’ve had so many images from weddings to edit. Rest assured, I’m well on the way to posting some ‘teaser images’ for Carrie and Chris’ wedding and Natalie and Lee’s weddings very soon. Please check back here again in the next few days.